Differences Between Scales and Chords: 11 Questions to Understand The Difference

Scales and chords are a fundamental part of the study of music no matter what instrument we are playing. In order to understand the basic concepts of melody and harmony, scales and chords are essential, both in theory and in practice. So what are the differences between a chord and scale?

The difference between scales and chords lies in the nature of what they represent. A scale is a succession of notes that when played one after the other generates a consonant sound totality belonging to a specific key. Chords, on the other hand, are a set of notes that are played simultaneously and produce a unique sound with special characteristics.

Understanding what each one represents, their differences and similarities will help us to interpret songs more easily on our instrument and, at the same time, will allow us to speed up the development of our composition and improvisation skills.

What is the difference between scales and chords?

A scale is note that when played in succession sound good to the ear and generate a certain state of harmony or balance between their sounds.

The most notable difference between playing a scale and playing a chord is the number of notes that are played at the same time.

On the other hand, a scale will define a tonal complex for songwriting.

That is, a scale creates a unique world on which an endless number of sound combinations can be built. Chords, on the other hand, represent sounds composed by the sum of other simpler sounds.

Do the chords come from scales?

Chords are usually formed based on the harmonization of scales. That is, by building a chord on each note of the scale based on the accidentals it has (sharps or flats), we can obtain a group of chords in the key of the original scale used. Thus, as a scale is made up of seven notes, when harmonizing it we will obtain seven chords.

However, to get a chord we could just take three or four different notes on our instrument and play them simultaneously.

For example, we could play the notes C, G and B at the same time and get a chord with them. Now, doing it this way will not always result in harmonically balanced chords, so they may sound dissonant or seem out of tune. In this way, building chords with the help of harmonization is more convenient since it helps us to achieve chords with balanced sonorities and belonging to specific tonalities.

Chords can be formed freely with the help of our creativity. However, scales will help us to form chords with a properly structured combination of sounds.

How Chords and Scales are Related

How do you know which chords belong to a scale?

To know which chords belong to a scale, it is necessary to look at their harmonization. This task is not easy and requires some prior knowledge of music theory, so it is recommended to study first musical intervals to understand how chords are structured, and musical notation to be able to represent the scale and build the chords on each note.

As there are many types of scales it is to be expected that the harmonization process in each one may vary a little. However, the following steps can be followed in a general way to find out which chords are in the scale:

● Write the key at the beginning of the pentagram notebook. This can be either the G or the F clef, according to the musician’s taste and comfort.

● Using musical notation, write the notes of the scale continuously on the staff without pointing out the accidentals of each note, if there are any, since they will have already been pointed out in the key signature.

Thus, once we have written the thirds and fifths on each note, we will have obtained the chords of the scale. It is a procedure that requires care and, with study and practice, can be developed more easily.

Are the chords the same on all instruments?

Chords are the same in all instruments when we talk about their structure and components, but they are not the same when it comes to their execution. That is, a chord is composed of a set of specific notes that give it its characteristic sonority. If any of the notes of the chord are altered, the chord structure would be different and, therefore, the chord itself would also change.

For example, the C major (C) chord is made up of the notes C, E and G. If any of these three notes is altered, the chord would no longer be C major and would become something else. Therefore, when we play the C major chord on any instrument we must make sure that the notes to be played are C, E and G in order to obtain the desired sound.

Now, when we talk about the way of playing chords, we must take into account the instrument on which we are going to play them. Each instrument has a particular way of playing and therefore all the chords may have different positions and shapes. In other words, the sound of the chord itself will be maintained in all instruments, but the way it is played will vary.

Are banjo and guitar chords the same? 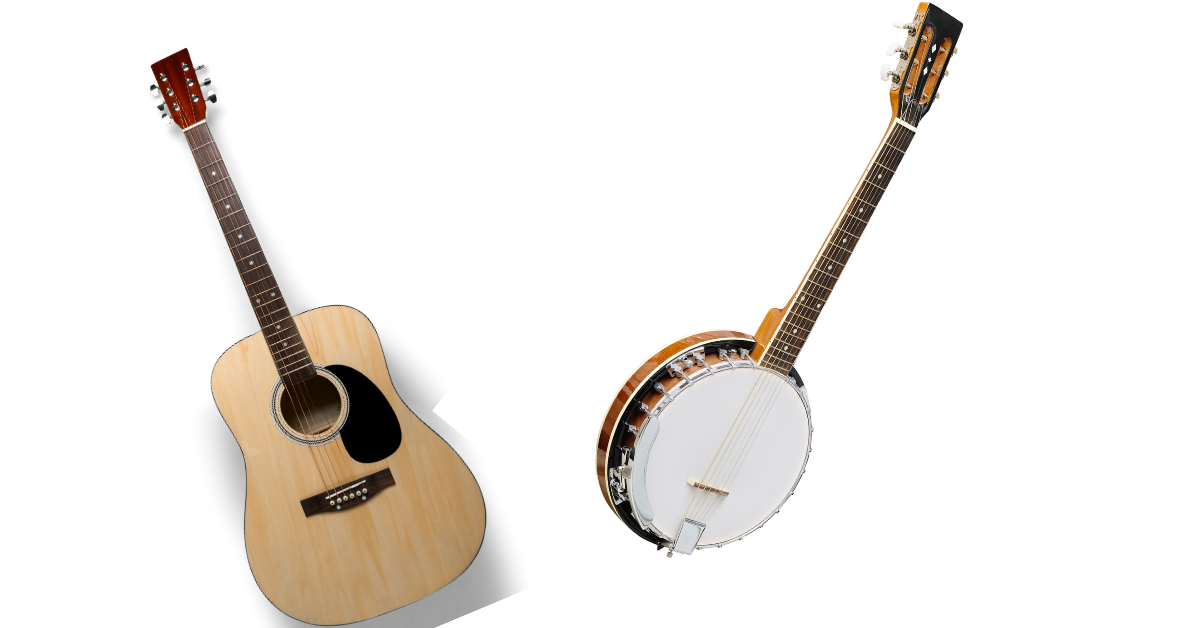 We must remember that the guitar is tuned as E, A, D, G, B and E, from the sixth string to the first. Thus, when the Banjo is presented with six strings and acquires this tuning, the shape of the chords will be the same as those of the guitar.

The sonority of the chords would also be the same, but you might notice some differences in the characteristic of the sound due to the nature of both instruments.

Are chords used on the piano?

Chords are used on the piano and are fundamental in the study of the piano. The piano is one of the most versatile instruments since it can develop melodic lines and harmonic bases simultaneously. In other words, the piano is an instrument that allows you to play melodies, chords and bass at the same time.

At the same time, the piano as an accompanying instrument makes frequent use of chords. When a voice or a melodic instrument such as the violin or saxophone requires a harmonic base on which to play, it is very common to turn to the piano to play chord progressions and thus build such a harmonic base. In this way, the chords will be a very important tool for the person who plays the piano, both for study and for composition, improvisation and arrangements.

Should a beginner musician start with scales or chords?

A beginning musician should start with scales and chords evenly to develop their music theory skills consistently. The scale will provide tools for the study of notes, musical intervals, tonalities and modalities, while the chords will help to understand everything related to the construction of harmony and the way in which scales can be complemented with them. So, instead of choosing between scales and chords when studying and practicing, we should analyze the functioning of both and understand how we can connect such concepts.

However, we could focus specifically on one of the two concepts if we consider the type of instrument we are playing. 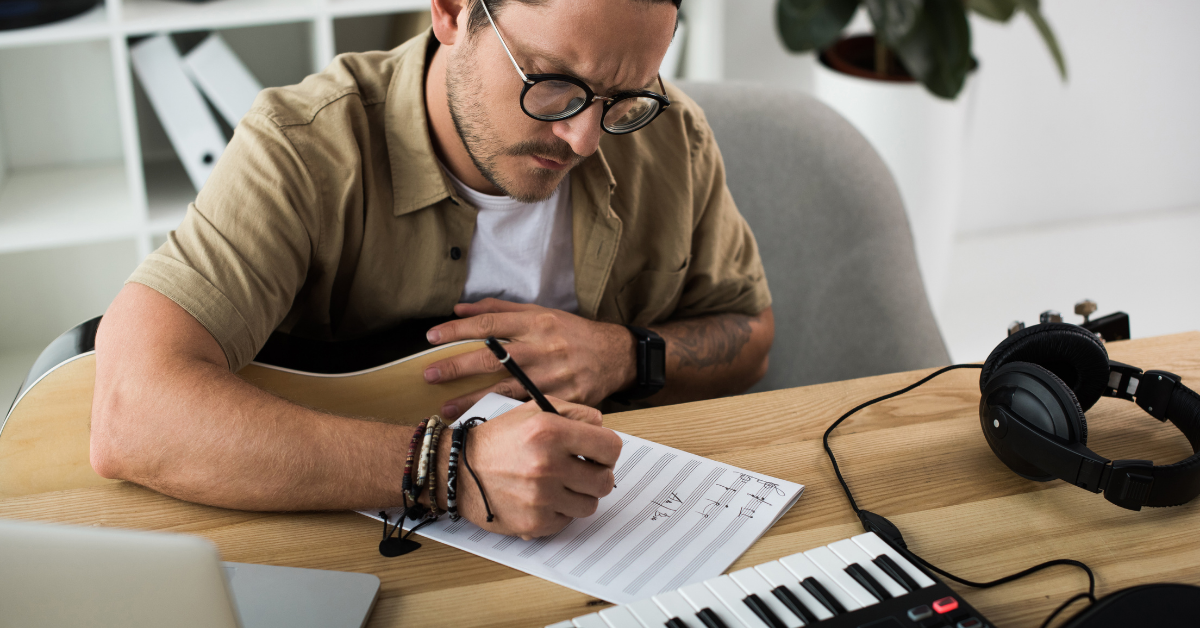 In the same way, the musician’s goals with the instrument play a very important role. Only the musician will know what his or her goals are with the study of music and, based on that, will follow one path or another.

How to identify scales?

To identify scales we must, mainly, dedicate a lot of time to their theoretical study and adapt to the sonorities of each one. This is not an easy task and is usually not achieved until you have sufficient experience in the execution of the same.

Since there are many types of scales and each one has a different structure, it would be advisable to study each one separately. In this way we could familiarize ourselves and experiment with their particular sounds along our instrument.

Now, if we don’t have much experience in the study of music and we want to identify scales, we could study the structure of major scales, such as major, minor and pentatonic

Thus, when we find a scale we will only have to analyze its structure and see if it coincides with any of the scales studied to determine what type of scale it is.

How to identify chords?

To identify chords we can proceed in the same way as with scales. We could study the structure of the most common chords, such as major, minor, augmented and diminished chords, and then use them to identify the rest.

At the same time, it should be noted that certain aspects of music theory play an important role in this task. That is, if we come across an unknown chord and we manage to identify its notes, we will also have to know the intervallic distances between each one of them. For example, if when studying the composition of a chord we obtain the notes C, E and G, we will also have to know that between C and E there are two tones of distance and between E and G there are two and a halftones.

In case you do not have enough experience you can take the following steps as a reference:

● Identify the notes of the chord.

● Count the number of tones and semitones between each of them.

What is the difference between major and minor chords?

This change of structure not only alters the intervallic distances, but also the sonority of the chord itself. One of the most distinctive characteristics between major and minor chords is the type of emotions they evoke with their respective sonorities. Major chords tend to convey happy emotions, while minor chords tend to represent sad emotions.

How Chords and Scales are Related

As practice, you could take major and minor chords, play them and analyze the difference. For example, if we take the A major chord (A) and play it with the help of some arpeggio or rhythm, the expressiveness will be different than if we do the same with the A minor chord (Am).

How do you know which chords are present in a key?

To know which chords are present in a key we must identify the tonic (main note), build a scale from it and harmonize that scale. For example, suppose we come across a song written in the key of C major. Knowing the tonality we can deduce the tonic, in this case it is C. Then, we build a scale from the identified tonic and we will obtain the following:

Finally, we harmonize the scale obtained with the procedure seen above and we will obtain the chords belonging to the key of the song. This process can be simplified if the musician already has previous experience in music theory. In fact, for advanced players, it may be enough to know the key to know which chords to play.