by The Piano Mayor | Guitar

Orangewood guitars have become famous since 2018 for bringing good sound quality with low price in your purchase.

Every musician wants the best instrument available and, perhaps because they don’t have many options, they end up going to the big companies even if the prices are not the most convenient. Orangewood guitars come from a relatively new company, compared to brands like Yamaha or Taylor, and thanks to the new methodologies of the market they offer us a different approach to buy their products, try them and decide if it is really what we need.

Orangewood, what is it and where is it located?

Orangewood is a company dedicated to the sale of wooden acoustic instruments, mostly guitars and ukuleles. Founded in Orange, California, it has a team of professional musicians and technicians trained to assemble and finish the instruments. It is a very young company, compared to other major brands, but it has gained prestige for the quality of its instruments, both around California and throughout the United States, as well as in the international community of musicians and musical instrument suppliers.

Any musician looking to purchase a new acoustic guitar should consider the products offered by Orangewood.

We probably won’t find a guitar of the same caliber as a Yamaha guitar, but Orangewood guitars have proven to be a good choice because of their affordability and the good sound they produce. 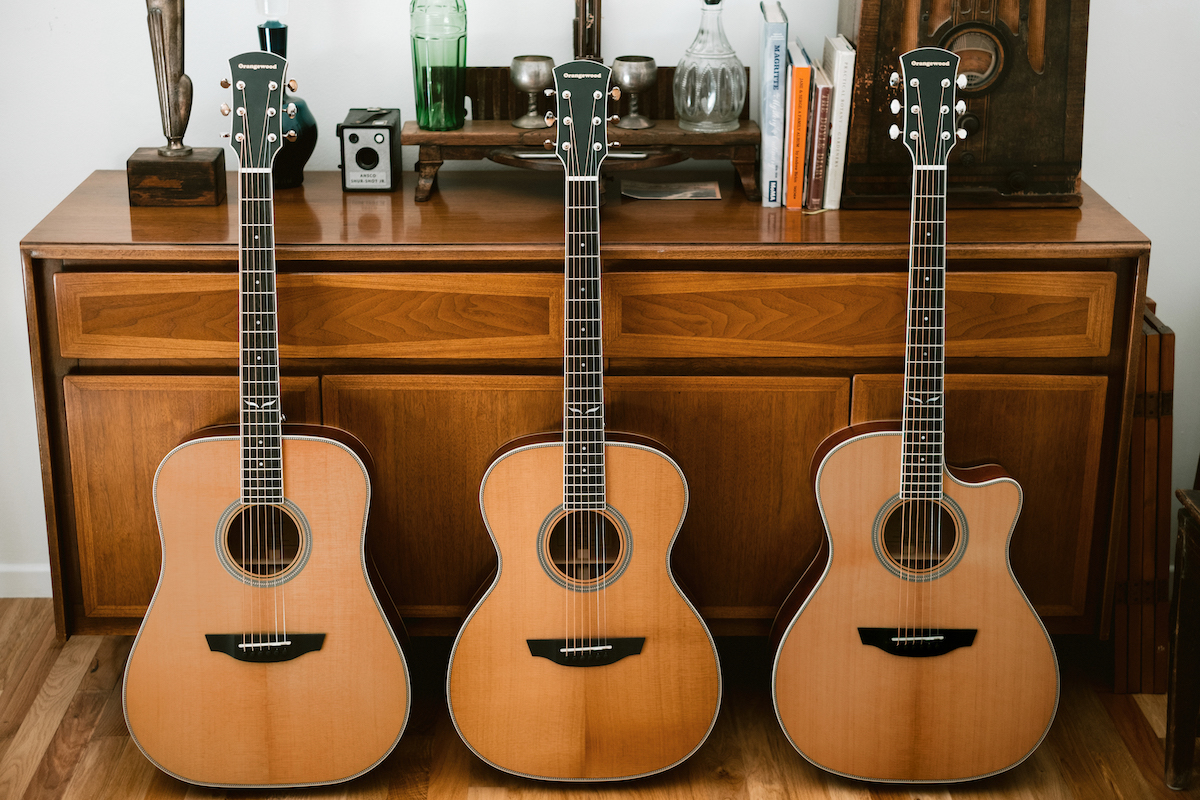 Where can I buy Orangewood guitars?

To buy Orangewood guitars we just need to access their website and make the purchase process online. Orangewood is a company that was born in the heyday of e-Commerce boom and made full use of this marketing methodology to connect with the public and get their products to market.

In fact, it would be very difficult to get Orangewood guitars in a physical store, as since their inception they have been limited to operating only through their online platform or the Orangewood store found on Amazon. 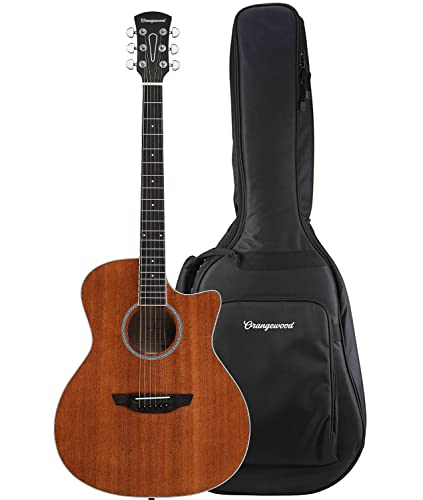 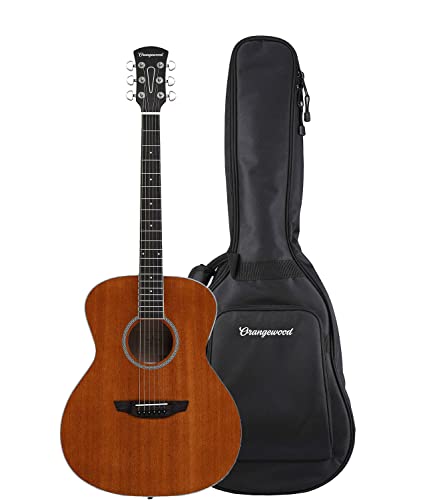 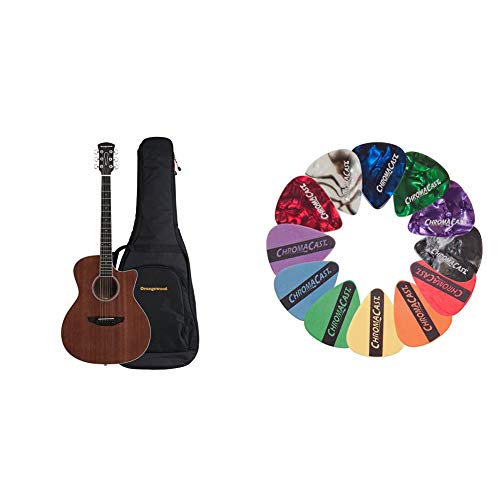 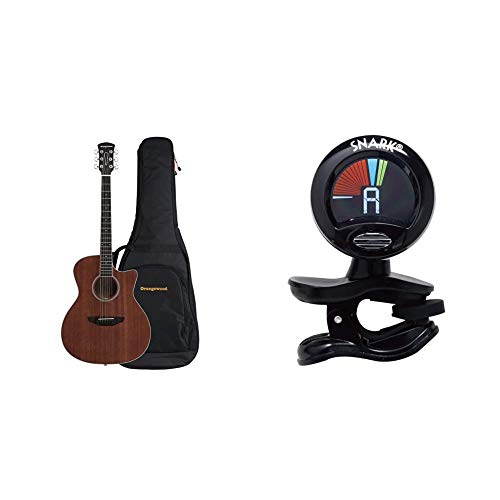 Now, the idea of having to buy an instrument without first being able to try it out with our own hands and make sure that it really is the right one for us might not seem very appealing. We might even think that this is a scam and that we could lose our money in the buying process. This is one of the disadvantages of the virtual way of selling a product, but we should not be discouraged.

This approach of buying the product without first trying it out is, in effect, about paying for it and then examining the item purchased. However, the company offers a thirty-day return policy in case the person does not feel comfortable with the instrument. At the same time, in most cases, the company offers free shipping for residents of some countries, such as the United States and Chile, which for many may make the idea of buying their instruments more attractive just by having seen them through photos.

Is it worth buying an Orangewood guitar?

Buying an Orangewood guitar can be a great investment depending on how you use it. Normally when we consider the possibility of buying a new guitar there are many factors to take into account. Not all guitars are made based on the same model of materials and structure, which is why each instrument supplier offers different types of guitars with aesthetic and sound characteristics that make them unique.

For example, manufacturers like Gibson often use mahogany in the construction of their instruments while others like Fender opt for the construction of guitars with Alder wood. These changes will not only produce guitars with a different visual appearance, but also with a better (or worse) ability to produce the sounds cleanly and powerfully. At the same time, when we talk about the different brands and the work they offer us, we can also notice such differences in the prices of the instruments. 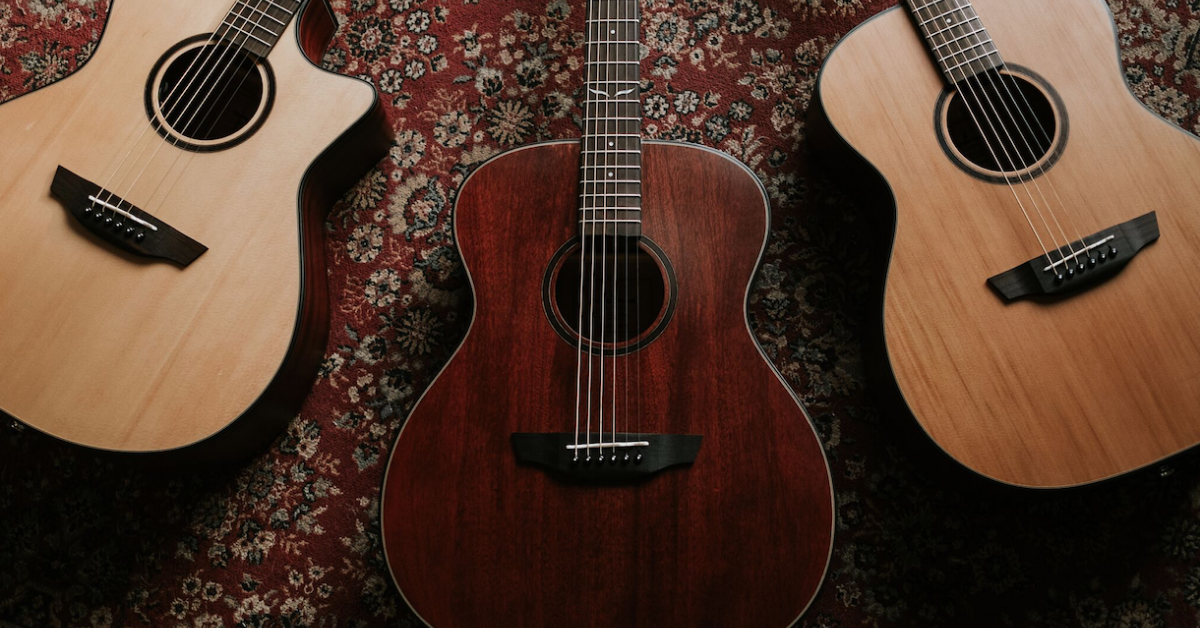 Orangewood guitars have been acclaimed primarily for the affordability they offer in the marketplace. They have shown that you can get very good quality guitars without spending a fortune on it.

Does Orangewood Guitars Pass The Test?

Now, you should think about what you would use an Orangewood guitar for after you have purchased it. Although Orangewood guitars are designed for every musician to obtain good quality instruments, they will certainly not be the first choice when going on stage or going to a recording studio. Instead, it might be more suitable for beginner musicians who need an instrument to develop their skills and practice with the accompaniment of other musicians.

Orangewood guitars are going to bring a good sound to the player who plays them. However, if you are more experienced and want to take your music into the professional realm, Orangewood guitars may not be good enough, perhaps not providing the power or performance that the musician might need. In that case it would be better to opt for other brands, such as Martin, Yamaha, or Gibson.

Why are Orangewood guitars so cheap?

Orangewood guitars are cheaper than guitars offered by other brands for two main reasons:

● The way they are made

Normally instruments tend to vary in price according to the material from which they are made. At the same time, with better materials, it is to be expected that the sound produced will be cleaner. Thus, the most expensive instruments are usually those made of the most suitable materials and which have the greatest capacity to produce competent sounds.

So, we might wonder why Orangewood guitars have been well received by the public if the price is lower than usual. With prices like this, we might expect poor quality guitars, but in fact they have proven to be the opposite, and therefore are still a good choice for many people.

On the other hand, Orangewood has been known for sharing their vision of making instruments affordable to anyone with the help of their online marketing strategy. In fact, the philosophy of this company has been directed from its beginnings to promote music education by providing the necessary tools for such learning to take place. For this reason, Orangewood guitars have not only been offered at an affordable price on the market, but have also been donated to educational institutes in the form of donations for teachers and students.

Orangewood guitars have a manufacturing process not only focused on obtaining a good quality and economizing at the same time, but also on guaranteeing a product that helps people, musicians, and institutions.

What strings do Orangewood guitars come with?

Orangewood guitars come with Ernie Ball Earthwood strings already equipped and ready to play. Along with other accessories such as the guitar’s lining, the pickguard or the picks, the strings will be one of the most important accessories that the guitar will bring with it, both for the execution of a good sound and for its conservation.

The strings play an important role in the structure of the guitar due to the tension they generate on the whole structure. High tension could be detrimental to guitars made of fragile materials, causing the guitar to tend to fracture or break completely due to constant use. Thus, the strings will not only be an indicator of the sound that the guitar can produce, but also of the resistance of its structure and the material used in its elaboration.

Ernie Ball Earthwood strings are very popular among guitarists and bass players because of the good sound quality they provide. These strings are usually made of phosphorous copper, which is characterized by being more durable and resistant than copper strings. At the same time, Orangewood guitars usually have medium gauge strings, which are neither hard enough to strain the material of the guitar nor soft enough to produce a weak sound.

With the use of medium gauge strings, it is to be expected that Orangewood guitars are solid and that their structure, usually made of mahogany, is consistent enough so that their deterioration is not so accentuated with constant use.

If you decide to change the strings for others of a more popular brand, we must take into account that a higher gauge than the original strings could be detrimental to the instrument.

On the other hand, Ernie Ball Earthwood medium gauge strings will be very practical for musicians who have little practice due to the little hardness they will present when playing them. This, in turn, is part of Orangewood’s vision to offer instruments that are not only affordable but also easy to play.

Where are Orangewood guitars made?

Orangewood guitars are designed and built in California, USA, with the participation and experience of a group of professional technicians and musicians. However, it is believed that many of the components used in the construction process are exported from China, where the most basic manufacturing processes are carried out. This helps, in part, to make the instruments produced by this company profitable and can be offered at a lower price.

Then, by importing certain components and assembling the whole structure based on the already elaborated designs, the Orangewood acoustic guitars are obtained, preferably made of mahogany. But they don’t just join the pieces together, they also make certain finishes along the guitar to improve its appearance and performance. For example, strap buttons are added so that when playing the guitar standing up it is balanced and the frets on the fretboard are placed taking care that they do not have sharp points that can hurt the hands.

What is the difference between Orangewood guitars and Taylor guitars?

Oakwood is denser than mahogany wood, therefore guitars made with oak wood will be more resistant. Thus, Taylor guitars can be expected to withstand a higher tension, so we could find Taylor guitars with medium-high gauge strings. This would not only produce a more powerful and clearer sound but would also present more hardness when playing the guitar.

At the same time, an important aspect of both guitar manufacturers is the approach with which they have brought their instruments to the public. Taylor has been in business for many years and since its inception has emphasized its efforts to produce instruments that are durable and have very good sound quality. This has led Taylor guitars to undergo certain changes in their shape and structure in order to guarantee a good sound rather than good aesthetics.

Orangewood guitars, on the other hand, were born at a time when the sale of instruments was very reduced. Thus, with a new approach to its purchasing process and greater accessibility in its products, Orangewood has emphasized its efforts to offer instruments that everyone can afford.