How to Play a Piano Fake Book

by The Piano Mayor | Piano

Want to learn how to play a piano fake book? Look no further, sheet music has long been a way of standardizing the written expression of music. Writing a song by using symbols such as black, white and round, allows you to communicate a piece’s performance regardless of cultural traits, such as language or nationality, giving these symbols a universal character. However, that conventionality of the musical language can be altered often, and scores with American ciphers are examples. This is how the “Fake Book” or as a Lead Sheet was born.

You’ve likely come across some hot selling piano books described as a “Fake Book” as you’ve browsed the web for sheet music. Here are probably a few examples you’ve come across:

What is a Piano Fake Book?

The American cipher is a musical notation brought from the English culture that defines the chords with letters and symbols. It is what makes the basis of a piano fake book. It is characterized by being a simple way to communicate extensive and complex musical forms, allowing a wide range of possibilities for musicians to express their ideas concisely and understandably. Instead of writing chords in a pentagrammed notebook, pointing out the accidentals (sharps and flats), and taking care of the excellent detail of the traditional musical notation, they are expressed by short combinations of letters and symbols previously defined.

In turn, if necessary, a fake book can add other letters and symbols to such notes to indicate that they are major, minor, dominant, diminished, augmented, etc. chords. (see American encoding)

Lead sheet music is a direct representation of the idea that the composer or arranger wanted to express. It’s the concept of integrating melody, harmony, and rhythm in a very concise and understandable way for anyone who has previous music theory knowledge. The only way to accurately interpret a piece of music, expressing the author’s feelings, is to follow in detail the instructions that the scores represent. Because, in effect, seeing sheet music as a set of instructions that, when followed correctly, can result in an admirable musical performance.

But what if those instructions were not detailed or were replaced by shorter, simpler sentences? In this case, several musical skills would have to be put into practice and integrated to achieve the desired interpretation. This is the case of scores written with the help of the piano fake book notations. In the following image, you can see how they would look like.

You can see the remarkable simplicity that the score acquires when written with the American cipher’s help. Thus, to be understood, you must identify the two main points in it:

Other details, such as rhythm, bass, and the integration of melody and harmony often depend on the performing musician’s skill and the song itself. 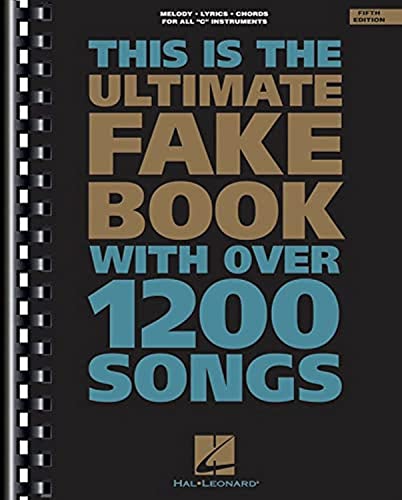 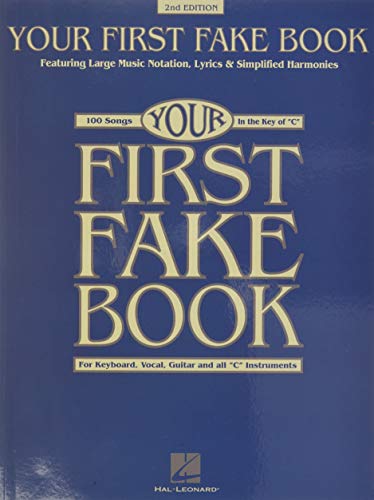 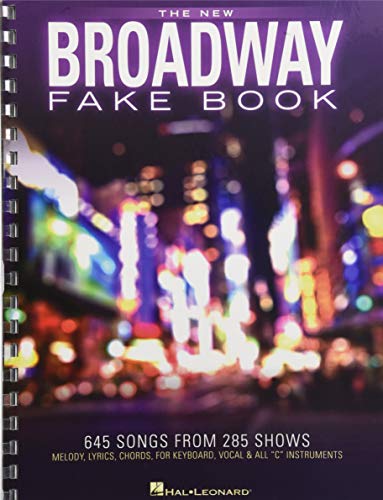 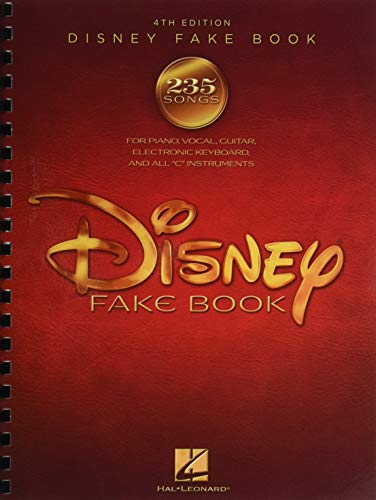 When we think of sheet music for the piano, the first thing that comes to mind is a double notation in the pentagram notebook, one for the treble clef and the other for the bass clef. That is, the traditional notation illustrates in detail what the left hand and right hand do when playing a piece on the piano (see piano sheet music).

However, the scores with American piano notation do not detail what each hand does. The musician could decide to play the melody with the left hand and the chords with the right hand, vice versa, and perform the song grandly. But, as such scores do not wholly specify what the author wants to express, the final song can take several paths, even under the interpreting musician’s improvisation.

So, when a musician comes across sheet music written as a lead sheet or fake book, he should see it only as a reference to the original song. The only way to accurately interpret the original song will be by listening to it beforehand and complementing the learning by listening to the reference scores. However, this does not seem to be the main reason for this type of score since traditional notation already does the job. On the other hand, scores written with the American cipher give the musician more freedom to interpret the piece since it only indicates the most important and, at the same time, the most general aspects.

How to play the lead sheet (fake book) scores on the piano?

Indeed, there is not only one way to play this kind of score, and even less in an instrument as versatile as the piano. So, because illustrating the melodic line with the chords above it, you could think of playing them simultaneously. It would be an excellent way to begin an interpretation of this type of score. However, it is at this point that the skill of music theory and the practice of the instrument are necessary to add (or subtract) expressiveness to the song. This is done with the help of scales, bass handling, chromaticisms, modes, polyrhythms, etc. Use the following tips as a basis for this:

Tips for the experienced musician

If you follow the above tips, you can get a simple version of the song, playing a melodic line while certain chords are changing. However, when you turn on the radio or play a record the reality is different. Many songs are written using American cipher scores without losing complexity, expressiveness, and feeling when performed. Therefore, you can follow the following tips to enrich the interpretation of the piece:

So, following all these tips will serve as a basis for the musician to understand a score with American cipher and proceed to play it. However, the success of such an interpretation lies in study, practice and improvisation, all guided by creativity.

The above tips do not represent the only way to play the piano based on a score with an American cipher in the same vein. The musician could play the chords with the right hand and the melodic line with the left hand without losing the song’s sense. Likewise, you can find a lot of combinations to make the arpeggios. All these aspects depend on the musician’s intention, the type of song being played and the sheet music itself.

How the Piano Fake Book Got Started

The use of the Fake Book sheet music originated with jazz musicians, in particular the jazz piano. Jazz is a musical genre characterized by its complex chord progressions, elaborate melodic lines, and improvisational nature. Thus, due to the extensive instrumentation and structure of the genre, jazz performers had to devise a more practical way of making musical notations with simplified chords that they could easily alter. This left a large task of memorizing the rest of the arrangements excluded from their scores, giving rise to the famous ability to improvise that many musicians of the genre manifested.

The lead sheet legacy has transcended through the years and has adapted to convenience and necessity. More and more musicians are turning to the use of these scores to complement their musical studies and everyday use of musical notation.

As we have already seen, there is no absolute parameter for using scores and their application on instruments. Each musician can find in the tools they use that best suits their needs. However, it is possible to point out certain advantages of American notation scores over traditional scores:

Using piano fake book sheet music is a versatile tool that does not require much music knowledge to understand, useful for beginning your music theory studies. Simultaneously, the piano is a beneficial instrument for interpreting this kind of score and even facilitates improvisation due to its visual character compared to other instruments. Every musician who wishes to expand his theoretical and practical skills should practice reading traditional sheet music and writing songs, his own or not, using a fake book.