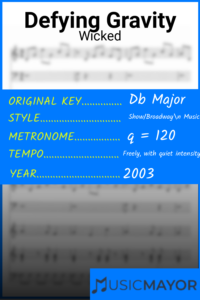 “Defying Gravity” is the signature song from the musical Wicked. We love this major key song composed by Stephen Schwartz, originally recorded by Idina Menzel and Kristin Chenoweth on May 10, 2003, and released on December 16, 2003. It is mostly a solo sung by the main character of the show, Elphaba (the Wicked Witch of the West), with two small duets at the beginning and in the middle of the song between Elphaba and her friends.

If you are looking for some strong piano chords or even guitar chords to impress your friends, they’ll be sure to recognize this popular song.

Defying Gravity Sheet Music: This 2003 song by Wicked was originally published in the key Db Major the tune tempo is to be played  Freely, with quiet intensity with a metronome of q = 120.

Lyrics begin: Something has changed within me something is not the same I’m through with playing by the rules of someone else’s game.
Instruments: Voice, range: E3-F5 + Piano + Guitar 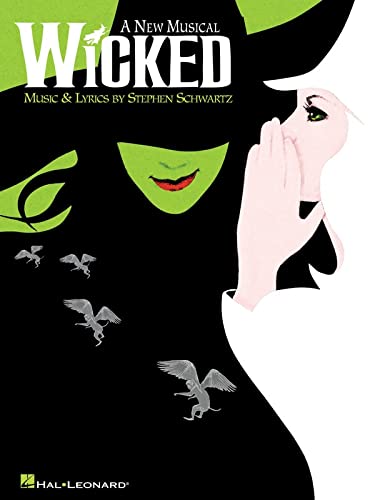