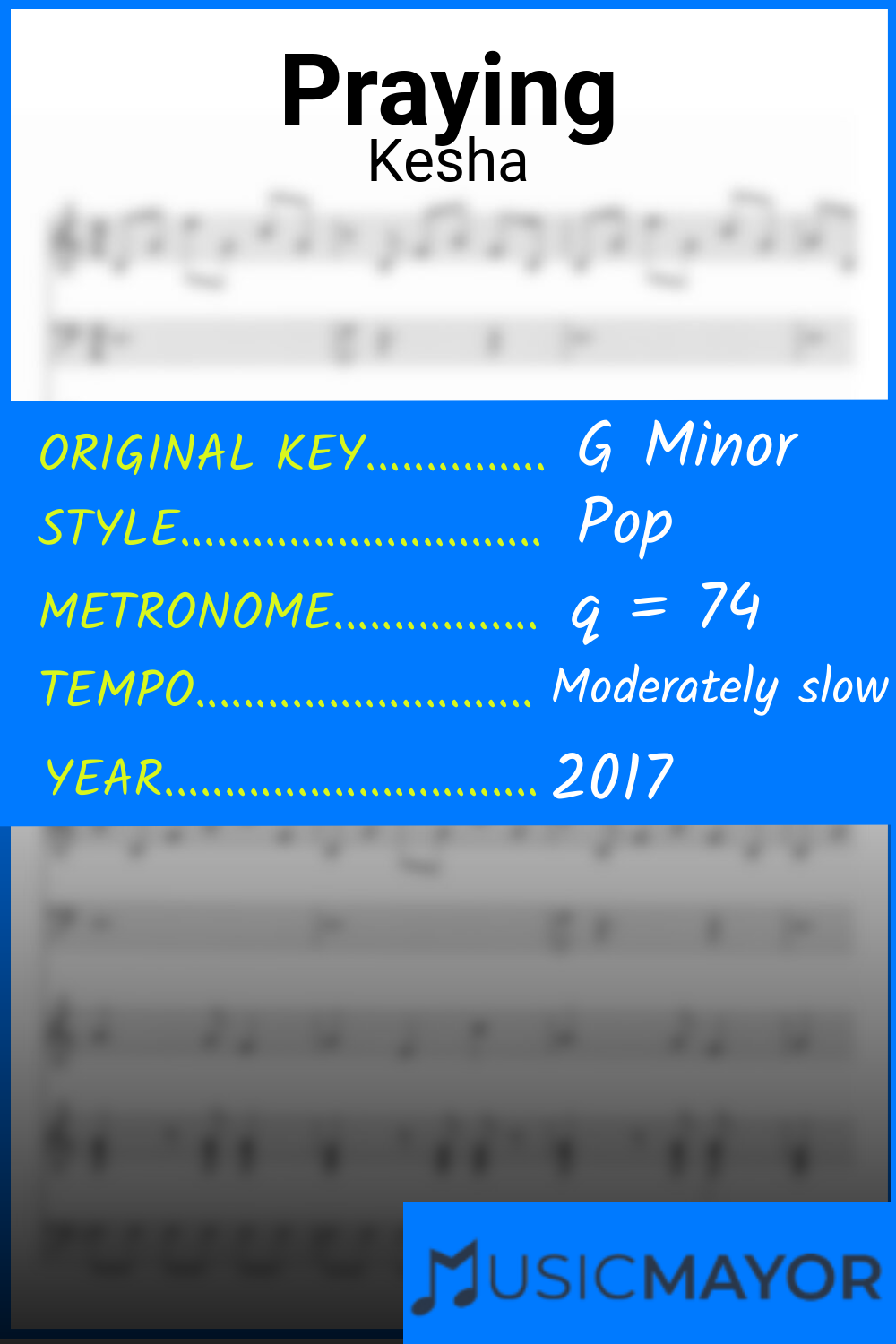 Praying is a song by American singer Kesha for her third studio album Rainbow (2017), and you’ll love the unique melody. It was made available for digital download by Kemosabe Records on July 6, 2017 as the album’s lead single. The track originated from Ryan Lewis and music theory expert who contacted Kesha and offered her an early version of the song. “Praying” was written by the singer with Ben Abraham, Andrew Joslyn, and its producer, Lewis, and co-produced by it.

This 2017 song by Kesha was originally published in the minor chord progression of G Minor. The tune tempo is to be played Moderately slow with a metronome of q = 74.

Lyrics begin: Well, you almost had me fooled; told me that I was nothing without you.
Instruments: Voice, range: D3-Eb5 + Piano

LEARN ▻ Learn the songs you love & discover the... 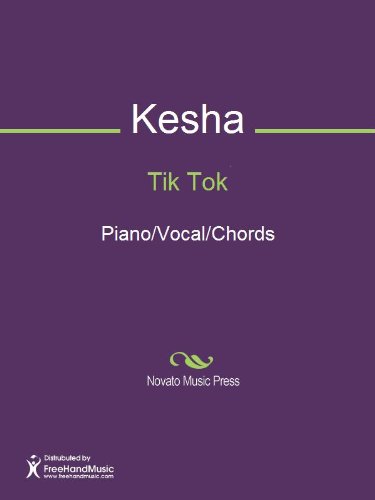