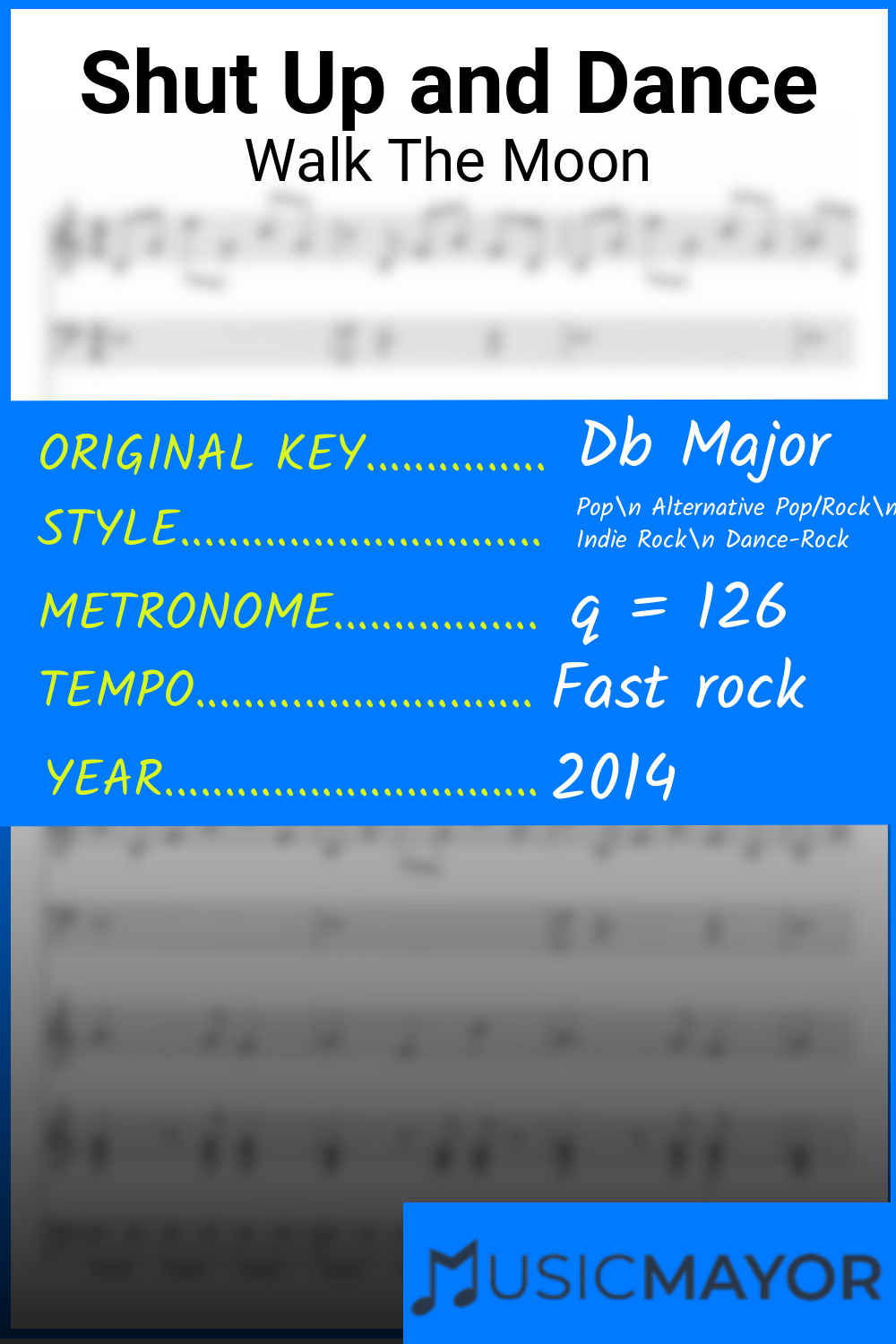 Shut Up and Dance | Walk The Moon

“Shut Up and Dance” is a song by the band Walk the Moon for their third studio album Talking Is Hard (2014). The song was written by the band members and songwriters, Ben Berger, Ryan McMahon and Nicholas Petricca. The album was inspired by an experience lead singer Nicholas Petricca had at a Los Angeles nightclub. His girlfriend invited him to dance, inspiring the title of the song.

Shut Up and Dance Sheet Music: This 2014 song by Walk The Moon was originally published in the key Db Major the tune tempo is to be played  Fast rock with a metronome of q = 126.

WALK THE MOON - SHUT UP AND DANCE - Piano Tutorial

Get Shut Up and Dance Sheet Music