What is a Surf Guitar? 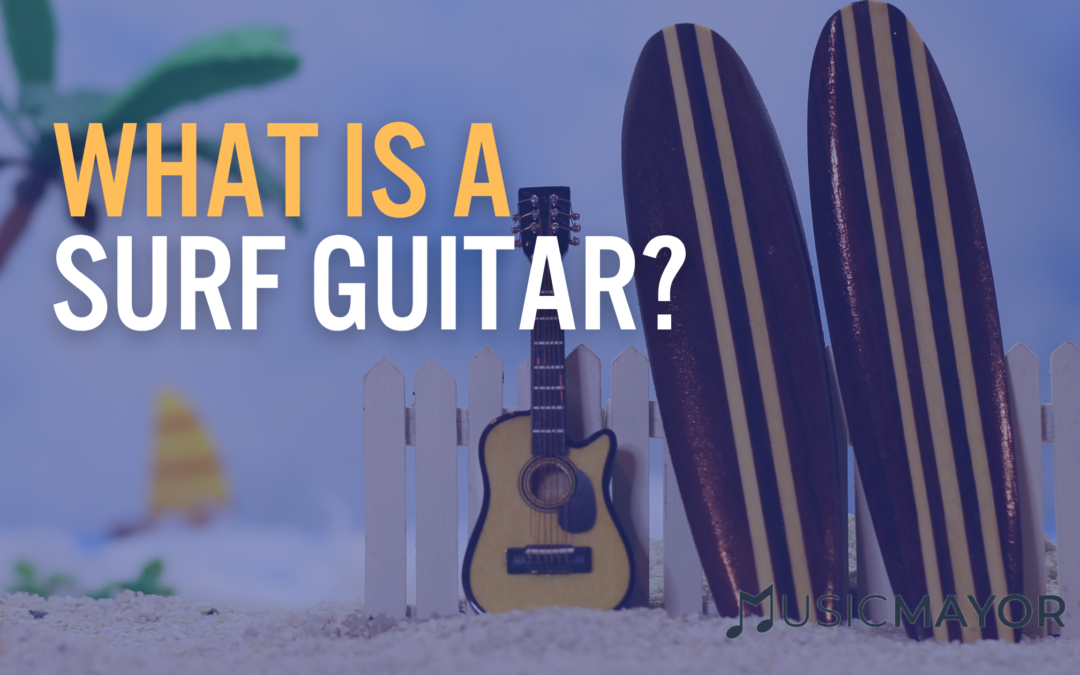 Surf guitar is more than just a genre – it is also a lifestyle!

This classic style originated in the sixties but has influenced hundreds of artists in the ensuing decades. The sounds of the waves, as well as developments in amp technology, gave the surf guitar its iconic sound.

You can read up more on surf guitar scales here.

But what is a surf guitar?

Fender’s library of instruments is commonly associated with the rise of surf music. Let’s take a look at why this is and consider what makes a great surf guitar.

If you are looking for a more in depth surf guitar lesson check out our friends at Guitar Tricks they have a whole category of surf guitar tunes with guides.

Fender is one of the most famous guitar manufacturers in the world.

They also had a profound influence on the surf guitar movement because of their proximity to the Pacific Ocean. Fender manufactured their instruments in Southern California and was fashionable amongst musicians of the era.

Iconic guitars like the Stratocaster, the Jaguar, and the Jazzmaster were all popular with surf guitarists. The former remains popular with proponents of this genre.

The Strat is one of the most famous guitars ever. It originated in the 1950s but has remained popular throughout the decades.

With its thin, clear sound, this is the perfect guitar for playing surf music. They’re also extremely comfortable to play with their cut-outs and are easy to modify.

The Jazzmaster produces a brighter sound than the Strat. While it’s less common these days, it’s a great instrument in its own right.

This guitar offers a distinct tone and works wonderfully with its tremolo system. If you want to stand out, then this is the Fender for you!

A true classic, the Beach Boys’ Carl Wilson played the Jaguar through the 60s.

It’s a very modifiable instrument and offers a lot of versatility.

However, the Jaguar also correlated with the death of surf guitar as a popular genre. It wasn’t the guitar’s fault. Unfortunately, a band called The Beatles came onto the scene and changed music tastes across the world.

Despite this, it’s arguably the perfect guitar for surf music, and it’s still possible to buy replicas.

You don’t need to buy an original Fender to play surf music. However, a surf guitar has specific requirements.

It should have bold single-coil pickups as well as a stable vibrato system. Surf guitars have a heavy reverb and a clean tube-amp tone. It requires fast tremolo picking with the right hand while playing repetitive patterns with the left.

Many musicians slide their left hand over the strings and down the neck while picking fast. This recreates the sounds of the waves.

Along with a Strat-like guitar, there are a couple of other accessories you’ll need to maximize your surf sounds. 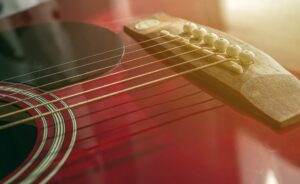 Your surf guitar must have heavy-duty strings. The reason behind this is that they create a strong, bass-heavy tone. This blends nicely with a loud amp and bright single coils.

Heavy-duty strings also last longer. This style of playing puts a lot of stress on the instrument because of the whammy bar manipulation and fast-picking. A set of 12s or 13s is best for playing surfing music because they produce the best sound and won’t snap easily.

Check out our guide on how to change strings here.

An amp is crucial if you want to play surf music. It’s important not to just buy a good amp but the correct type. This should be very loud, clean, and without distortion.

Once again, Fenders are synonymous with this style, like the Showman and the Vibrolux. But these days, there are plenty of similar and cheaper options on the market. So do your research, and you’ll find something within your budget.

Surf guitar is a very distinct style and requires the use of different sound effects. Let’s take a look at some of these now.

Spring reverb has a drippy, wet sound that brings to life the sounds of the sea. Remember, there is no such thing as too much reverb in surf music. Crank it up as loud as you can.

Some players won’t have a spring reverb on their amps, but there are plenty of pedals available to do the same job.

If you want to recreate the original sound, use a Fender Reverb Unit. However, it’s not essential as there are plenty of other options out there. Digitech, Van Amps, and Carl Martin, all provide different products depending on your needs. 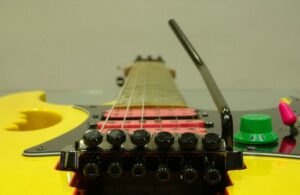 Surf music is all about recreating the natural sounds of the ocean in musical form.

Tremolo is a key effect in producing this unique style. It evokes the movement of the waves and water. Most surf guitarists swear by tube amp tremolo, but you can use pedals to do the job if you need to.

If you want to produce a great Surf guitar, then you’ll need a delay pedal.

If you’re looking to produce a full, deep sound in your solos, then add a long-tailed delay.

This effect isn’t essential for surf music, but it can be a gamechanger.

When you add an overdrive pedal to your tone, you can create a dirtier boost. This blends nicely with the traditional clean sound of surf music and gives you a little something extra.

However, you’ll need to experiment with this. Remember, if you go too dirty, it will sound more like regular rock and not surf guitar.

Surf music has had a wonderful influence on all genres since the sixties. But if you want to stay true to this style of guitar, you’ll need the right equipment.

While Fender guitars immediately spring to mind, the likes of Eastwood and Teisco Del Rey offer many great single-coil models. Don’t forget that your amp is just as important as having the right instrument.

Then it’s all about producing the right sound effects and practicing the techniques of surf guitar. There are hundreds of tutorials and videos on the internet, so you’re bound to fall down a rabbit hole!